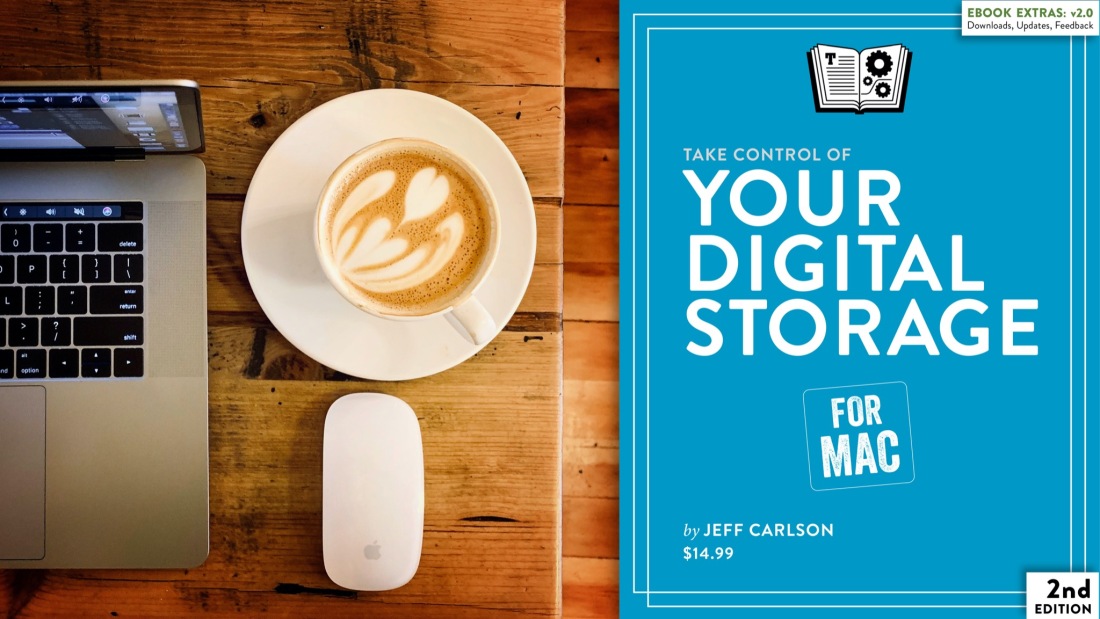 The topic of storage in your Mac mostly recedes into the background. Until something goes wrong. Or you need more of it. Or you get a new computer and realize that what you really should do is re-evaluate your entire storage system.

So you dig in…and it’s like opening a wall in your house. Which wires carry the electricity? Is that a cold water or hot water pipe? Is it even a water pipe? Are these old connections, or has some new technology emerged to replace them? And how did all that dust and cruft get in here?

This is why I wrote my book Take Control of Your Digital Storage, which was just updated to a second edition and released as an ebook by my longtime publisher Take Control Books. 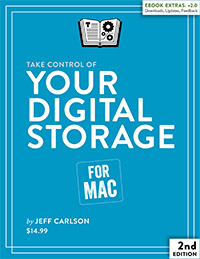 If you’re using an older Mac with a mechanical hard drive, replacing that drive with an SSD (solid-state drive) can make a huge difference. But there are several flavors and capacities of SSDs now available, which I go into in more detail in this edition, including information on how SSDs wear out.

For most of us, the nightmare scenario is to have a drive suddenly stop. That’s happened to me, and it’s not pretty. New in this edition is coverage of how to identify a failing drive before it gets to that point.

I also go into more detail about APFS snapshots (also known as Time Machine local snapshots), a low-level technology that can save your data even when you’re not connected to an external Time Machine backup, though it’s important to understand what’s going on under the surface.

There’s more, from discussion of NAS (network-attached storage) systems, how to use Disk Utility and other apps to verify and rescue data, whether SD cards can be used for backups, to topics such as freeing up disk space and using iCloud Drive’s Optimized Storage feature.

Take Control of Your Digital Storage, Second Edition is available now for just $14.99 in PDF, Apple Books, and Kindle formats. If you purchased the first edition, log in to your account at Take Control Books for a drastically reduced upgrade price.