A decade ago, I captured the photo above at the Lake Berryessa Spillway, also known as the “Glory Hole.” The spillway is designed to direct overflow water beyond Monticello Dam, and unlike most, this one is a giant funnel that creates a hole in the lake. Seeing it in person is quite interesting, like you’re viewing a special effect in a movie.

When I took this shot, the sun was out, the sky was blue, and the spillway’s opening reflected the surrounding rocks. A print of this photo hung at the Art Wolfe Gallery in 2006 as a winning image in the Environmental Photography Invitational, and it was published in a magazine that featured works from that show. (I also met Art Wolfe, who was gracious and encouraging, even in the few minutes that we shook hands; Nathan Myhrvold, former Microsoftian and now gastropreneur, also had a photo selected for the exhibition.) At one point the image was also licensed for a visitor center display, I think at the Dufer Point Visitor Center, although I’d need to dig up some old records to be sure. I’m embarrassed to say I’ve never made it out there to see it! It may no longer be there.

In the intervening 10 years, California suffered through a horrible drought, which dropped the lake levels far below the spillway opening—in fact, far below the rock on which the opening is mounted! Take a look at this photo from September 2015 (courtesy of Flickr user torroid via Creative Commons license): 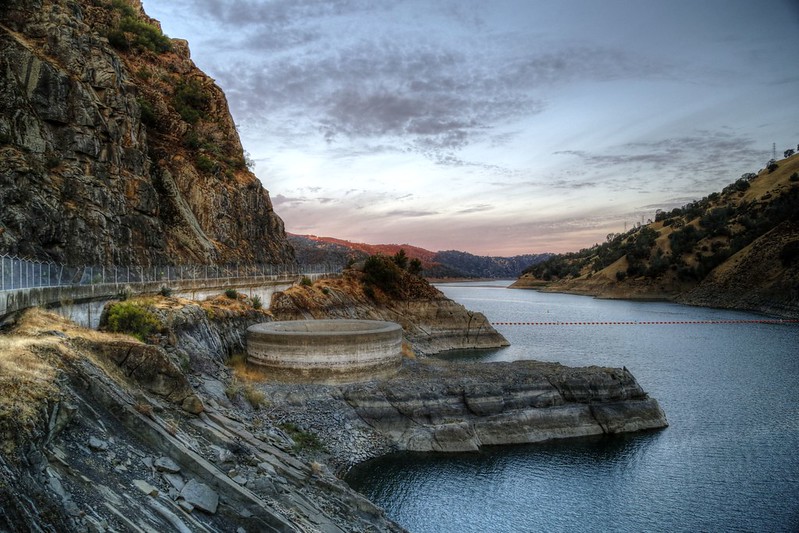 Now, following an extremely wet winter, Lake Berryessa has recovered its volume and then some (photo by Flickr user Doug Letterman via Creative Commons license). 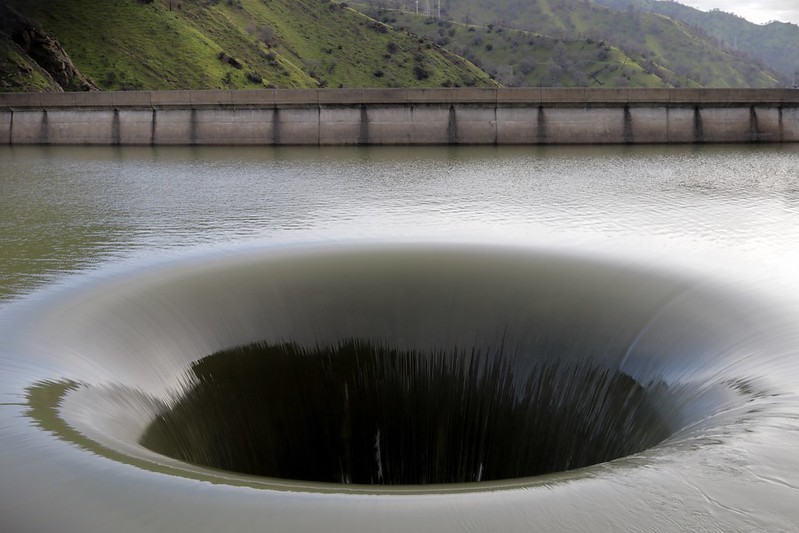 According to this article in The New York Times, the lake holds about 521 billion gallons of water before it begins pouring down the spillway. Be sure to watch the drone video to see it from multiple angles.