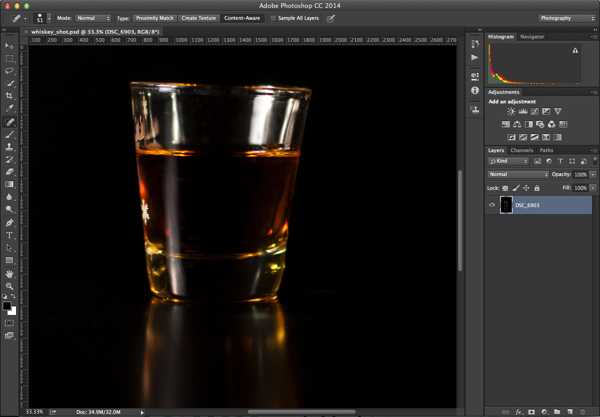 The reality, though, is that both formats are good, depending on your needs. That’s not as dramatic, but who has time to bicker? I’d rather be out shooting photos. In this article, I look at practical considerations, specifically related to working with photos in Photoshop (otherwise the scope is just too massive for an article).

It was also an opportunity to photograph a shot of bourbon, which then became its own post-shoot reward!

Here’s the article: Raw vs. JPEG in Photoshop: A Practical View. I’d love to hear your feedback in the comments below (Lynda.com articles don’t have comments).