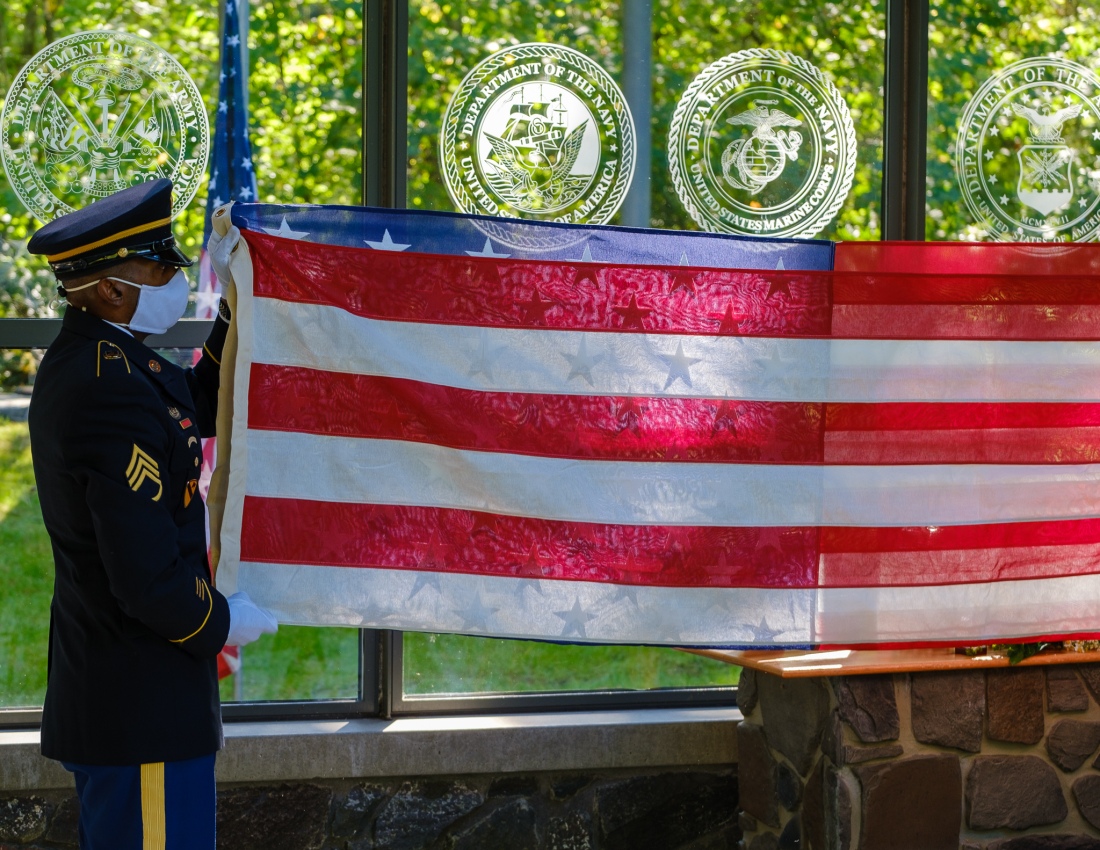 A friend contacted me with an unusual request: Would I be willing to photograph the honors service for her parents? When a United States service member is laid to rest, they’re eligible to receive a military honors ceremony, which includes a rifle salute, military escort of the remains, and presentation of the U.S. flag. Of course I said yes.

As the photographer I was always looking for angles that conveyed the solemnity and respect of the service, as well as the sense of being there for those family members who were unable to attend. I made a point of asking the veteran leading the ceremony if there was any area I should specifically not stand, and he said I could go where I wanted—and thanked me for asking. So, part of my brain was focused on doing my job. However, I was also taking part in a deeply respectful ceremony steeped in our nation’s history, which I found personally moving. Each piece has meaning, from the way the deceased are handled to the significance of each fold of the flag.

On this Veterans Day as I write this, I’m thinking about my father who served in the Army and Reserves, my uncle who was also a Reservist for most of his life until retirement, and my grandfather who served in the Pacific theater during World War II. It was a personal honor to attend this ceremony for my friends’ parents (at Tahoma National Cemetery) and memorialize it in photos.