You can listen to the first episode and read the show notes at PhotoActive.co (note that it’s .co, not .com, because a domain squatter holds the latter; we couldn’t afford the M.) Even better, subscribe now to automatically receive new episodes every week:

Also, be sure to follow us on Twitter at http://twitter.com/photoactivecast, and join the PhotoActive Facebook group (you’ll need to know the secret word to gain access, which we reveal toward the end of the episode).

Why a new podcast about photography?

We’ve sampled a lot of what’s out there, and Kirk and I think there’s an audience for a podcast that explores the intersection between photography and Apple—from traditional cameras to iPhones and the hardware and software involved in editing and storing photos. We’re not limiting ourselves to talking just about high-level photo techniques or gear, two rabbit holes that are easy to fall into. Instead, we want to help listeners enjoy the photos they’re creating, ease the pain points that keep us all from working with our photos more, and inspire better photography in general.

We also believe a podcast shouldn’t waste your time. Our episodes will stick to 30 minutes or less and remain on topic. You probably don’t care about what we had for breakfast or what we did over the weekend, so there’s no point slogging through 20 minutes of chatter. (That works for some podcasts, but personally I find it grating.) The occasional exception will be when we have guest interviews, which could run longer, but will be worth the extra time.

The success of the iPhone has put Apple cameras into the hands of millions of people, and has arguably inspired more people to think of themselves as photographers than any camera manufacturer.

But Apple has been focused on photography and photographers for a long time: it sold the first consumer digital camera, the QuickTake 100; it has bundled iPhoto and now Apple Photos on new Macs for years; and it aggressively courted professional photographers with Aperture (the saga of which is a drama in its own right). When the company realized that the camera in the iPhone was often more important to customers than the phone features, Apple’s photo interest ratcheted up dramatically.

We’re here to share our passion for photography, both as a craft and an art. While some of what we discuss will be Apple specific—hardware, apps, and the like—many of our topics won’t be. The PhotoActive podcast will look at techniques, apps, processes, the craft and the art of photography, all in service of inspiring and helping listeners enjoy their own photos. We’ll be featuring guests to discuss their photography, or their apps, and will extend the podcast with photo challenges, critique groups, and more.

Thanks in advance for listening, and I hope you subscribe and enjoy the show! I’m looking forward to it. 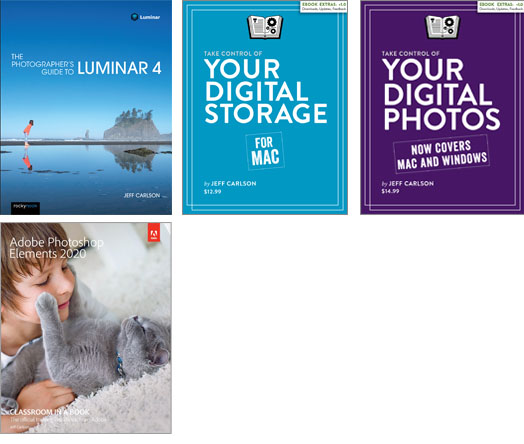