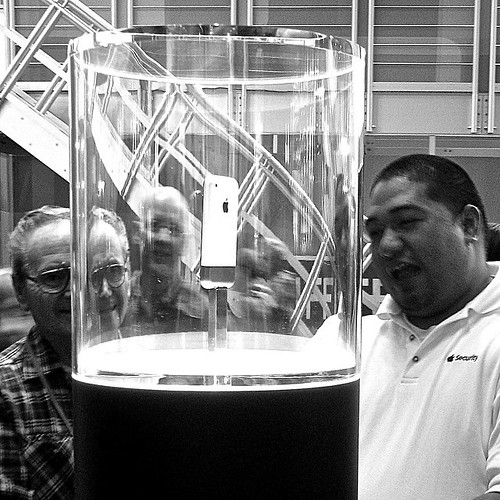 Ten years ago today, I was in the audience at Macworld Expo for the unveiling of the first iPhone. Steve Jobs’s lead-up to it during the keynote is classic Steve, and yes, it was an exciting moment. My first thought was, “Finally, someone is doing a mobile phone right.” I was happy just to see the phone features, like easily adding a third person to a call and listening to messages via Visual Voicemail without having to navigate a phone tree. Here’s what we wrote at TidBITS at the time: iPhone Seeks to Redefine the Mobile Phone.

My colleague Glenn got a briefing and actually had a few minutes of hands-on time with a prototype (which had a plastic screen at the time), putting him into rarified air for a few months. See iTouched an iPhone.

That said, the price was high at the outset, and I was mostly-happy using a Palm Treo as my mobile device, so I didn’t think I needed an iPhone right away. Within six months of the iPhone being released (it didn’t ship until June of that year), though, I gave in and bought one. I don’t regret it for a second. And it still works: