My family and I have been camping in the North Cascades region of Washington for roughly 20 years, but it wasn’t until this weekend that I did something I’ve wanted to do all that time: see it in autumn. We’ve camped during the summer months, but never past September when everything seems to get busy (and I’m honestly not the type of camper who braves really cold nights).

So we drove up on Saturday, as much to get out of town and (for me) away from screens for a day as to have a family adventure. The first hour out of Seattle isn’t noteworthy as you drive up I-5, and I’ll admit I was initially disappointed when we turned onto Highway 20 headed east. Everything was still pretty green. But then, about 20 miles along, in Concrete, the color started to appear. 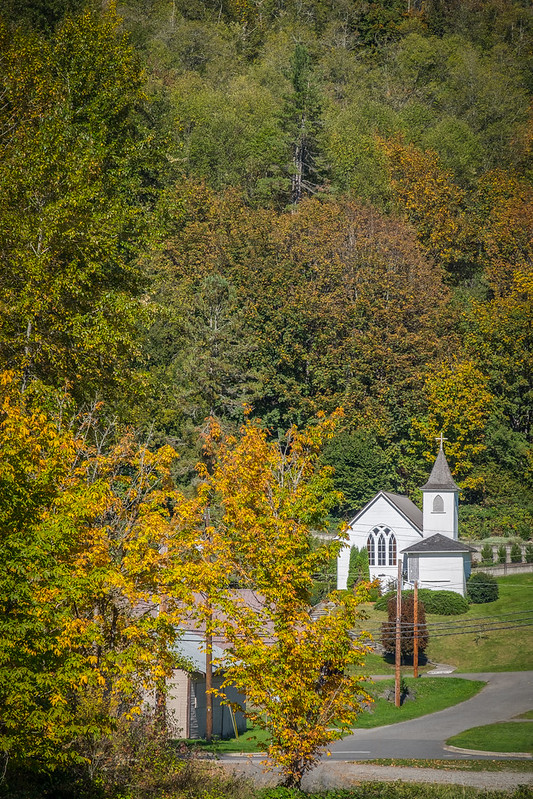 It’s still just the start, but we saw a lot of yellows and a few touches of orange and red here and there. A few more miles on, just before you reach the wonderful Cascading Farm roadside stand, we stopped at a turnout on the Skagit River and I got to photograph a country church I’ve eyed for years. 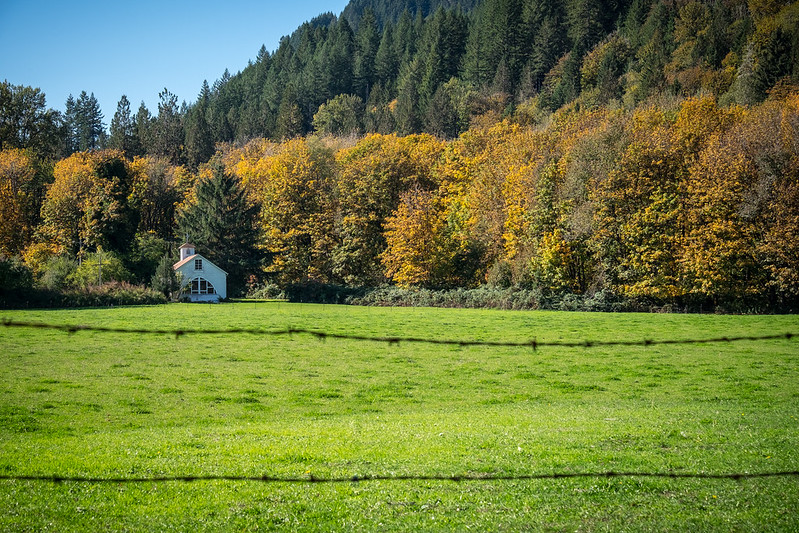 While I was snapping away on one side of the freeway, my wife and daughter entertained themselves on the other side near the water. Kim and I once came up here in the winter to experience the annual Eagle Festival, where you can view eagles that head south from Alaska and Canada. Being there in the subtly crisp autumn air makes me want to head back in February. In the meantime, I was happy to watch the current wildlife: a herd of cattle. 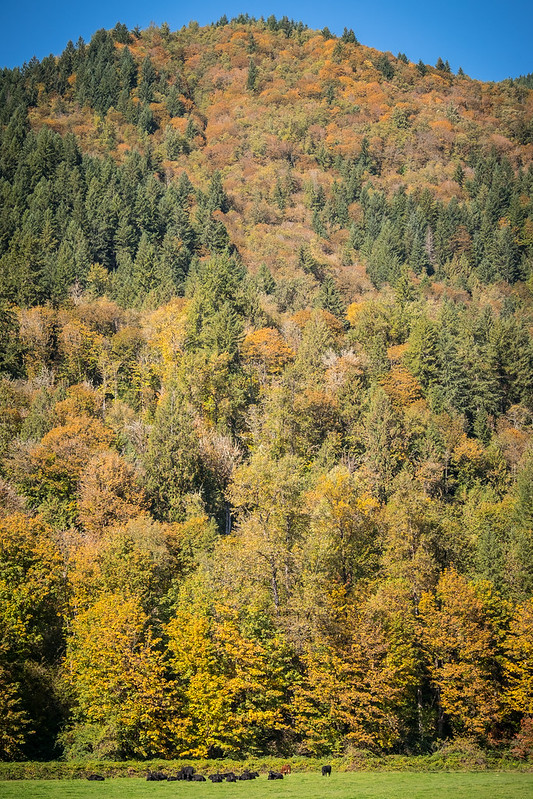 Our last stop before heading back to Seattle was the Newhalem Visitor Center, which we learned was barely missed by the Goodall Fire this summer. We like to camp at the Newhalem Creek Campground just below the visitor center, which is currently closed because of the fire. One of our favorite trails, Newhalem Creek, was consumed by flames; a boardwalk that led to some old Native American rock paintings is now gone. 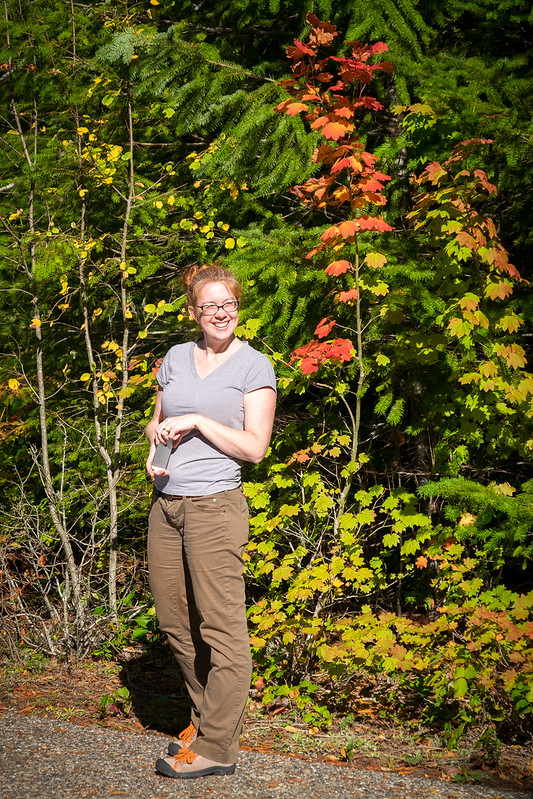 It was a bittersweet visit, but that’s the way of the forest. We’re looking forward to the future rebirth of the area. In the meantime, I was just happy to spend some time in one of my favorite areas, witness the change in color, and be with my family for the day.