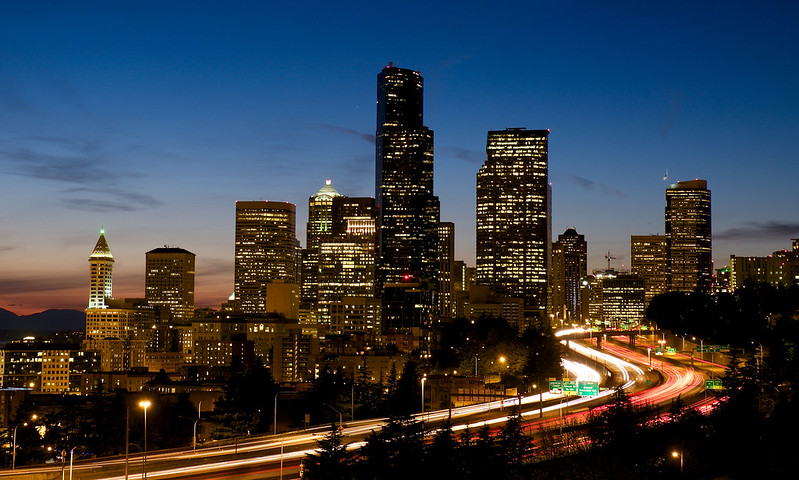 Despite living in Seattle for more than 20 years, I’d never been out to photograph the Seattle skyline at Dr Jose Rizal Bridge until last night. Part of that is familiarity: did I really want to make a photo that everyone has seen (and half of everyone has shot)? And part of it is just inertia—I’d simply never done it.

Well, inertia is a pretty lame excuse, and I know better that even well-photographed spots will have different characteristics depending on the weather, the time, and the season. But mostly, it was an excuse to get out and do some shooting, which is enough. A friend-of-a-friend is in town to visit family, so he suggested we go out shooting while he’s here, so we headed up to this iconic spot, just down from Jose Rizal Park.

Initially we were going to shoot from the park, but a pair of extremely inebriated guys made that uncomfortable. I don’t want to take away anyone’s right to get lit in a park, but one of them was unintelligible as he tried to talk to me. So we wandered down to the bridge and set up.

It turned out to be a beautiful evening, even though the most promising clouds earlier in the afternoon disappeared by the time sunset began. One challenge when shooting from the bridge is vibration: several times I’d set up a long exposure and forget to look down the street, then chuckle as a bus turned my photo into a soft mess as it rumbled by. But after many tries, and some genial conversation with another photographer who was set up (it wasn’t crowded), I ended up with a few photos I like. 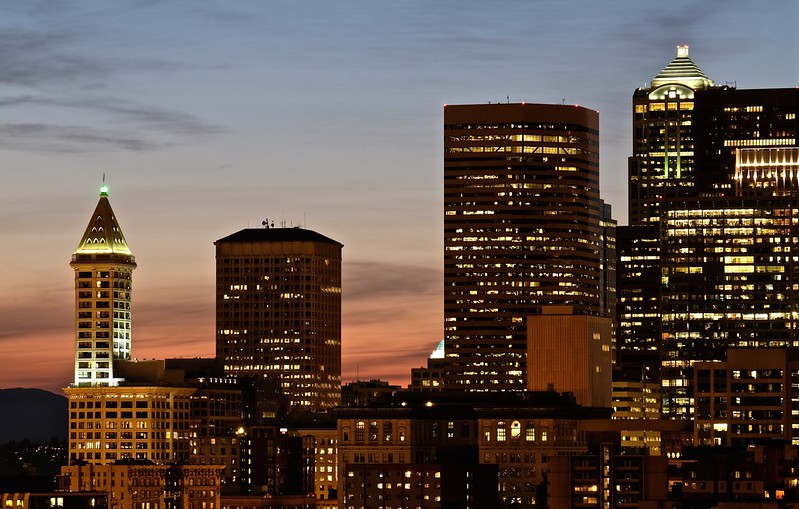