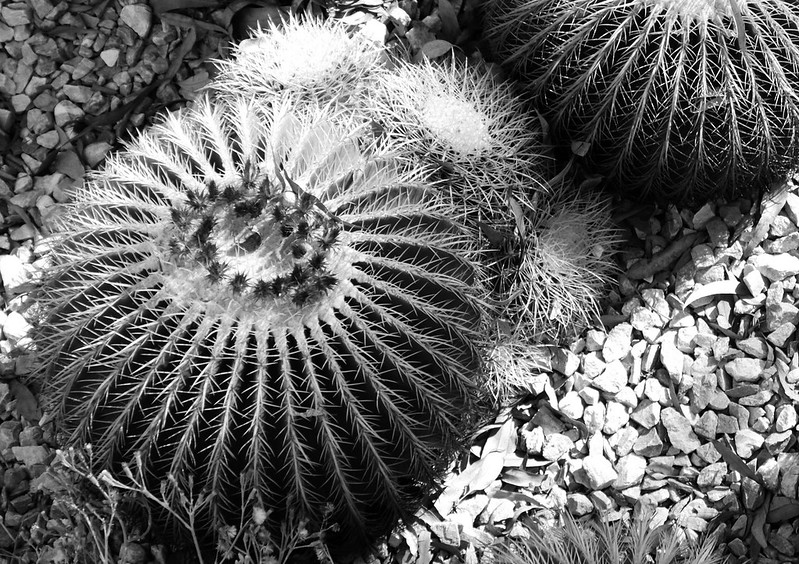 I’m having a great holiday outside my usual haunts, this time in sunny (but surprisingly chilly, by Southern California standards) Los Angeles. I’ve had several opportunities to capture photos, which is reinvigorating that part of my brain that’s spent far too much time this autumn and winter in front of computer screens and not enough behind a camera.

This photo was made at the Getty Museum, looking down from a terrace onto a large planted area. I could have spent an entire day at the Getty with my camera, and that doesn’t include going inside and viewing some of the artwork. I did catch a brief walk through the Josef Koudelka photo exhibit, and also browsed the impressionism room to see Monet and van Gogh. But mostly I took advantage of a beautiful day where you could look out over Century City and see downtown Los Angeles perfectly clear.

I’ll have more photos to post, certainly. I’m shooting more than I have time to review, which is a good thing. There are also work-related things I need to do (a newsletter update is long overdue, and I have new books just out), but for right now I’m recharging, spending time with immediate and extended family, and taking a long breath.