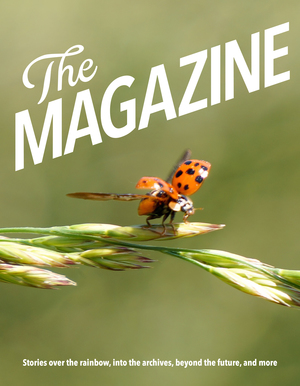 After two years, Glenn Fleishman is shuttering The Magazine:

The sad truth has been that, while profitable from week one, the publication has had a declining subscription base since February 2013. It started at such a high level that we could handle a decline for a long time, but despite every effort — including our first-year anthology crowdfunded a bit under a year ago — we couldn’t replace departing subscribers with new ones fast enough. We’re a general-interest magazine that appeals to people who like technology, and that makes it very hard to market. “Pivoting” to a different editorial focus would have lost subscribers even faster.

First of all, it’s damn noteworthy that The Magazine was profitable from the very beginning. That’s typically not the way of magazine publishing. And it’s still profitable—just not sustainable.

But I want to point out something that Glenn didn’t, and which I think is exceedingly important: He’s shutting down The Magazine because it can’t stay profitable as it currently exists. And as it exists is impressive for the following reasons:

I would guess that Glenn could have started accepting advertisers, paid less, or looked for link-bait filler. But that wouldn’t have been The Magazine. So Glenn is ceasing publication (at the end of this year; it’s not dead yet!) without succumbing to ploys that would have propped it up for a short time at the expense of destroying its (and maybe his) soul.

The Magazine isn’t going to disappear: Glenn launched a Kickstarter today to make a second The Magazine: The Book happen:

But in the meantime, we’re going to go out with a bang by producing another beautiful offset hardcover book drawn from our second year in publication, which we’re celebrating today. Funding this Year Two book means we can pay all the writers reprint fees and get their work and the stories of people they tell out to a bigger audience, too.

Help us make this book by backing it and get a gorgeous hardcover book. You can even pledge at a patron or angel level and get signed copies — I and all the contributors will sign those editions.

[Related recommended reading: Cult of Mac talked to Glenn and wrote about areas that pushed The Magazine out of publication: 9 hard lessons from a top iPad publisher who’s calling it quits]