My friend Gael Fashingbauer Cooper hosts an annual holiday cookie party every year, and this time around she wrote an article about how to do it well for Today.com: Sweet tips (and recipes) for hosting a holiday cookie-swap. 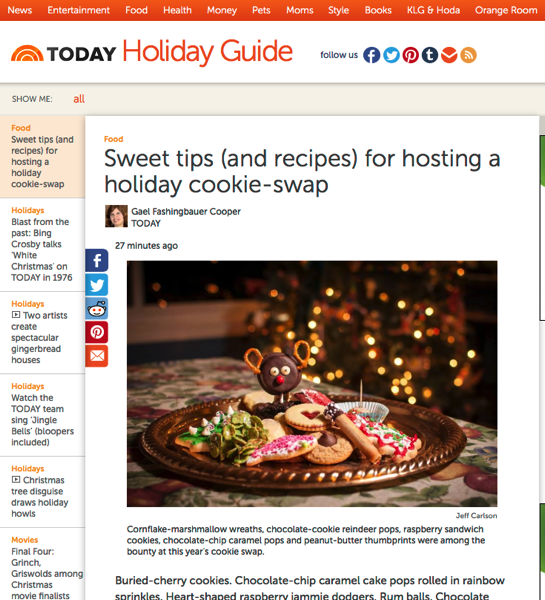 When Gael’s editors asked her to take some photos, her response was something along the lines of, “I’m not up for doing that, but I know someone who can” and suggested me. The party was a lot of fun to shoot, mostly because it involved lots of kids making lots of messes. And, of course, because now I have a three boxes full of cookies left over!

Here are a few shots that didn’t appear in the article. You can also view more in this Flickr set. 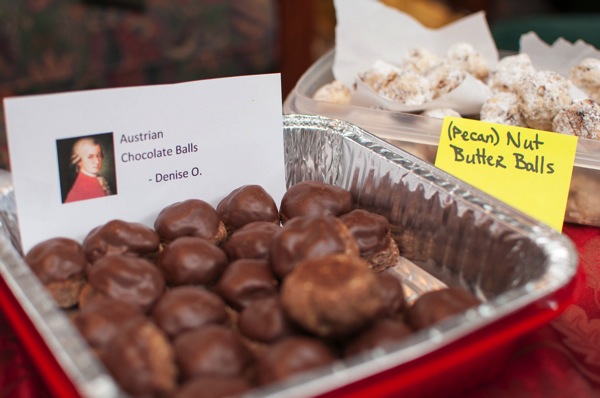 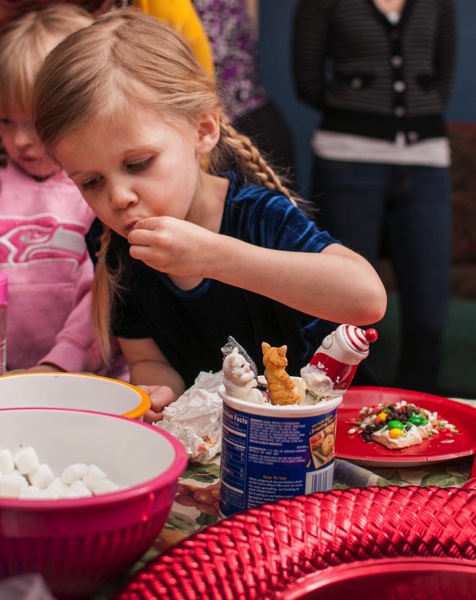 A quick behind-the-scenes: Gael’s living room is beautiful but dark for photography, so I used two flashes.

) on a light stand in a corner with the head angled up to bounce off the white ceiling. On my camera, a Nikon D90

, I attached my trusty Nikon SB-800 Speedlight (modern version is the Nikon SB-910

), also aimed at the ceiling so I could wander the room and still get plenty of light. Both flashes were triggered using an inexpensive wireless flash trigger set

For the cookie plate that appears at the top of the article, I set up the SB-800 at camera-right on the light stand and a LumiQuest SoftBox III

for diffusion. I put the D90 on a tripod and then controlled it from my iPad using a CamRanger

so I could experiment with several shutter/aperture combinations without moving the camera. (More on using the CamRanger in my book The iPad for Photographers, Second Edition.)